SEOUL—The biggest meeting of North Korea's ruling political party in 44 years, expected to be held next month, may give the world its first look at the country's potential next leader, Kim Jong Il's third son Kim Jong Eun. But some North Korea watchers think the meeting may reveal a bigger surprise: a step away from dictatorship to collective rule.

The representatives meeting of the Workers Party of Korea—likely to begin around Sept. 6, though an official date hasn't been announced—will mark a turning point in a drawn-out succession process occurring out of view of most North Koreans, let alone the rest of the world.

Any revelations about the secretive regime's future shape will be watched from South Korea, which has lived for decades under martial threats from the North, to the U.S., which wants Pyongyang to stop building nuclear weapons. 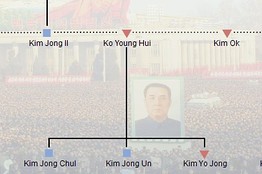 The meeting, called in June, appears in some ways similar to the 1980 event in which Kim Jong Il made his public debut. But it's even rarer: The last meeting of party representatives occurred in 1966 with thousands in attendance, while Kim Jong Il's debut occurred at a smaller party congress, six of which have been held since the country's start in 1948.

"If Kim Jong Eun's name doesn't come out in this meeting, he is not going to make it" as the next leader of the country, says Yoo Dong-ryul, a North Korea analyst at the Police Science Institute in South Korea. "Given Kim Jong Il's poor health, Kim Jong Eun should join at least one of the important state organs."

Kim Jong Il hasn't been seen in video images for several months. On Friday, Seoul-based Open Radio for North Korea reported that the two French doctors who treated Mr. Kim for a stroke-like illness in 2008 spent 12 days with him this month.

Mr. Kim's grip on power has weakened in the past two years, creating a vacuum that led officials to become uncertain about their future and resort to the regime's most extreme conventions of isolationism and paranoia, diplomats in the U.S. and elsewhere believe.

That resulted in confrontations with outsiders, including a nuclear test last year and March's sinking a South Korean warship, which Seoul-led international investigators have blamed on Pyongyang. Addressing perceived internal threats, the regime clamped down on private market activities earlier this year.

Yet North Korea's information lockdown gives prognosticators little further information to work with. International observers of its authoritarian regime must base judgments on what information trickles out from the North's often-bombastic official media, the few people allowed to leave the country to do business in China, and informants who are in touch with defectors in South Korea. 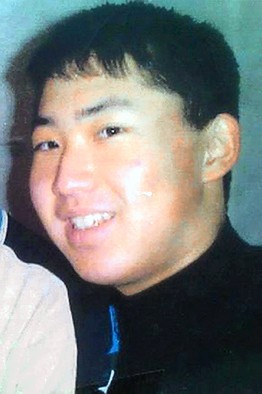 The youngest Kim has never been mentioned in the North Korean media. Outside the country, he has been seen publicly only in photographs taken more than a decade ago when he attended a private Swiss high school.

South Korean and Japanese news media have reported that North Korea's propaganda agencies have printed millions of pictures of Kim Jong Eun to be distributed to the homes of ordinary citizens, who already keep photos of the older Kims.

That the family is attempting another generational succession has become accepted wisdom among North Korea observers, but some have recently started to express doubts about the regime's ability to pull it off. They point to a recent personnel exodus in a propaganda office that was believed to be working on Kim Jong Eun's behalf and chatter among North Korean traders in China that the son, at age 26 or 27, is perceived by many people as too young to hold power.

"Kim Jong Il believes that the only way for him to maintain his power is to establish the hereditary succession of his son," Kang Chol-hwan, a defector who wrote a book about growing up in a North Korean prison camp, wrote in South Korea's Chosun Ilbo newspaper this week. "But it is doubtful the entire party agrees."

Rudiger Frank, an economist and professor at the University of Vienna in Austria who follows North Korea, said he doesn't think North Koreans will accept a third generation of Kim leadership because the country's economy is in shambles, its elites want power and common people won't believe a new set of superlatives and myths about another Kim.

"I don't think a third 'great leader' will work," Mr. Frank said. "You cannot endlessly pour water into wine and have it still taste good."

Instead, he said the party is likely to set up a collective leadership structure that may involve the younger Kim but not as a supreme leader, a type of control he said was common in communist countries.

—Jaeyeon Woo contributed to this article.

Write to Evan Ramstad at evan.ramstad@wsj.com